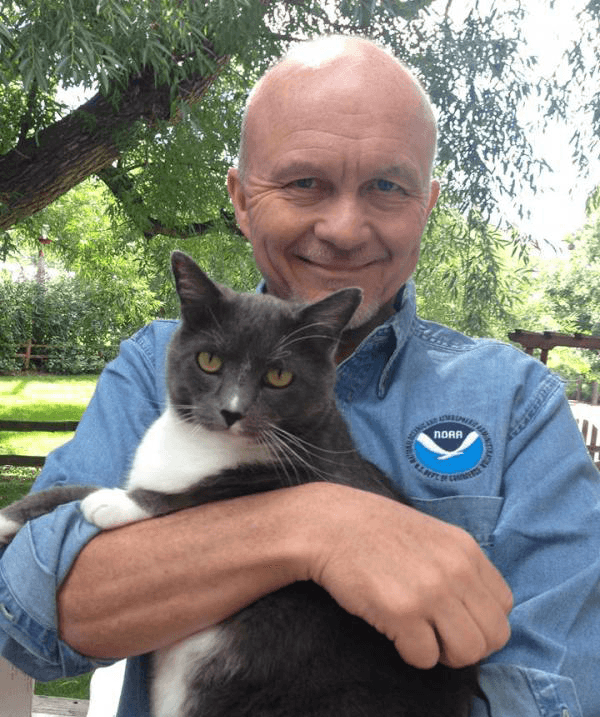 I was originally hired as the head of IT for the Climate Diagnostics Center, one of the precursor labs to ESRL. Shortly after arriving, Congress mandated the 5 co-located NOAA labs in Boulder merge into one. The Earth System Research Laboratories (ESRL) was thus formed, and I become IT Chief for the Physical Sciences Laboratory (PSL).

Of all of the divisions for ESRL, PSL was the result of a true merger within the labs, as PSL resulted from the joining of 2 essentially equal labs - the Climate Diagnostics Center and the Environmental Technology Lab.

As such, we faced many organizational and technical challenges, not the least of which was merging both the IT infrastructure, teams, and IT cultures of two disparate organizations together. We are still located in geographically separate sections of the David Skaggs Research Center, and still have 2 separate server rooms/data centers to operate. Over the years, we've logically integrated the IT infrastructure environment as much as geography will allow - but differences still remain.

Prior to NOAA, I attended Cornell University as an undergrad on an AFROTC scholarship. After Cornell and a brief stint in Del Rio, TX, the Air Force decided to send me on to the University of Wisconsin for a Master's in Meteorology.

I was then stationed for 4 years in Omaha, NE, doing what was essentially FORTRAN applications programming at the Air Force's Global Weather Center.

Leaving the Air Force and Omaha in 1988, I moved to Colorado to pursue graduate degrees in Computer Science at CU-Boulder.

After finishing my PhD, I spent a couple of years on the Faculty at the University of Montana, only to return to Boulder for personal reasons. "Niwot's curse" is real!

Upon return to Boulder I worked at a couple of different startups, none of which managed to IPO for billions of dollars, unfortunately. Leaving the startup world, I worked for Sun Microsystems for about 5 years, first as a Java/J2EE Architect and consultant, and then as a Six Sigma Blackbelt working on process improvement / reengineering efforts within the company.

I left Sun in Aug of 2004 when I was offered my current position as the head of IT for the Climate Diagnostics Center.